Each year, millions of women livestock owners lose a significant number of their animals to preventable diseases – thanks to cultural beliefs, a lack of education, and poor technological services. The Women Rear project is on a mission to ensure that women are able to access vaccinations to help secure their livelihoods.

Over 3 million farming families in Ghana depend on livestock. Goats and chickens are particularly important for women’s livelihoods – but these animals are frequently impacted by diseases. A Newcastle disease outbreak, for example, can wipe out 8 out of 10 chickens, while PPR (peste des petits ruminants) can kill 7 out of 10 goats.

The Women Rear project, a collaborative initiative between Care International in Ghana, the International Livestock Research Institute, and Cowtribe Technology (a Ghanaian start up), aims to reach women livestock owners with animal vaccinations and encourage women to adopt a greater role in vaccination programmes. The project is supported by the Livestock Vaccine Innovation Fund; a partnership between Global Affairs Canada, the Bill & Melinda Gates Foundation, and Canada’s International Development Research Centre.

“Goats and chickens suffer the highest mortality rates as women participate least in animal vaccination. Less than 20% of farmers that vaccinate their animals are women,” revealed Agnes Loriba from the Women Rear project.

So why are women not vaccinating their livestock? First, traditional and cultural beliefs limit women from accessing vaccines, inviting a male vet to vaccinate their animals, or participating as animal health service providers (AHSPs). “Sharifa (one of the project’s female vets) was surprised to learn that, in some communities, there is a cultural belief that when a woman is menstruating and visits an animal pen, the animals are likely to die, or eggs may subsequently not hatch,” Loriba continued.

Second, a lack of refrigeration facilities and intermittent electricity supply – particularly in rural communities – makes it difficult for AHSPs to access and store vaccines. Last, women are often not motivated to seek out and acquire vaccines, even when they are aware of them. “They don’t engage in selling the animals they keep,” explained Loriba, “so if they don’t control their income, why should they vaccinate?”

The initiatives designed to drive engagement

To encourage women’s participation in vaccination programmes, the project has been working with communities and traditional leaders to better understand cultural and traditional practices and determine what can be done to influence change. For example, participatory sessions comprising over 3,000 individuals have been held to shed light on the cultural attitudes restricting women.

The project has recruited two female vaccinators to vaccinate animals. These vaccinators are supported by 105 women ‘lead farmers’ or AHSPs, who aid in mobilizing other women and deliver vaccines to group members.

Under the project, there has been a roll out of a digital vaccine delivery app – through Cowtribe – which enables both women and men farmers to access vaccinations. Farmers can register to have their animals vaccinated, while AHSPs can use the technology to manage the vaccination schedule and logistics. The app also sends voice messages (recorded in local languages) to farmers about the benefits of vaccination to help enhance awareness and encourage uptake.

In the two years since interventions began, “cultural shifts have been occurring,” stated Loriba. “Sharifa now feels more accepted as a female vet in the community and is seeing men being more supportive of their wives in getting their animals vaccinated.”

In a project survey conducted in March 2022, 91% of women livestock keepers reported being satisfied with the performance of women AHSPs, stating that they received better advice and access to vaccines than they had previously from men AHSPs.

The digital app has also proven hugely successful. Since December 2020, 4,000 women have registered with the vaccine app and more than 10,000 vaccines doses have been delivered through it annually. Cowtribe has also been recruiting veterinary graduates, and training existing men and women AHSPs on the barriers prohibiting women from securing vaccinations for their animals.

In addition, solar refrigeration provided through the project has enhanced the cold chain and helped reduce vaccine wastage by a third to just 8% – a significant amount.

To ensure that vaccine delivery systems account for women’s needs, and are more equitable, Women Rear team have three key recommendations: to sensitize men and women vets and AHSPs, deliberately target women with vaccines and attract them to veterinary training institutions, and improve the vaccine cold chain by partnering with the private sector. “Hopefully, these changes will occur for every livestock keeper, not only in Ghana, but across Africa,” emphasised Loriba. 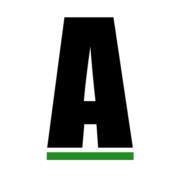 The African Agribusiness is a source of insightful information on agriculture, markets and developments in Africa. 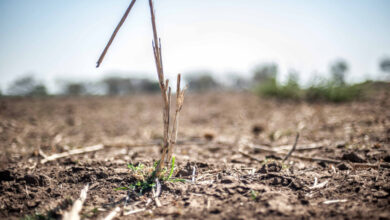