It’s ride-hailing, farm style. Deere & Co. is teaming up with the “Uber of tractors” in Africa and betting on a future where farmers summon machines with the touch of a button.

The world’s leading farm equipment maker is outfitting its tractors with startup Hello Tractor’s technology, which allows farmers to hail the machines via an app, monitors the vehicles’ movements and transmits usage information such as fuel levels.

The aim is to help the U.S. company boost sales of it famous green and yellow John Deere tractors, a tough task in a continent with the world’s highest poverty rate and the least mechanized agricultural sector.

Deere is currently testing the technology – a small black box fitted beneath dashboards – on around 400 tractors in Ghana and Kenya. It told Reuters it plans to roll out the devices across Africa in the second half of this year, offering it to all contractors who buy its equipment on the continent.

Jacques Taylor, who heads John Deere’s sub-Saharan Africa business, said that the continent badly needs more machinery to develop its farming industry but most farmers don’t have the scale to justify a large investment.

“We would like to see that every farmer has access to mechanization,” he told Reuters. “The gap that we’ve identified is, how do we connect small farmers with tractor owners?”

Deere declined to comment on the investment costs for the rollout. The risks are clear; there is no certainty of any measure of success in Africa, which accounts for a tiny fraction of its global sales at present.

Held back by low incomes, tiny landholdings as well as a lack of bank financing, tractor numbers have long been stagnant on the continent, even as much of the developing world has experienced a boom in mechanization.

Deere thinks it can help on the financing front: it told Reuters it could pull data from the Hello Tractor platform that showed in precise detail how farmers were using its equipment. That information, it said, could be used by the farmers – who typically lack credit histories – to help secure bank loans.

This would mean they could buy more tractors.

In central Kenya, a Deere tractor zig-zagged across a sun-drenched field, raking up dry grass and dropping bales of hay. The black box monitored its every move.

The tractor belongs to Agrimech Africa, a Nairobi-based agricultural services firm that has taken up the offer to have the devices installed on its Deere machinery.

“They do the technology. We do the management,” said Pascal Kaumbutho, who heads the company.

Agrimech, which is paid by farmers to work their land, hopes the new tech will help optimize its Deere tractors and connect them to new customers, allowing it to expand.

Kaumbutho, whose company manages a dozen tractors, envisions a future in which Agrimech runs a 1,000-strong fleet. “Right now, we’re reaching about 1,500 farmers,” he said. “Within the next two or three years, I’d like to reach 20,000.”

Such opportunities exist in markets across Africa, said Hello Tractor founder Jehiel Oliver, but companies like Deere have lacked the tools to develop them.

“Nigeria alone needs 750,000 (more) tractors to be on the global average,” he said. “Our technology is a market-maker for tractor manufacturers who want to sell into those markets.”

Deere’s annual revenue of about $40 billion is dominated by the Americas and Europe. It doesn’t break out numbers for Africa, but combined revenue from Africa, Asia, Australia, New Zealand and the Middle East was $3.9 billion last year.

Outside South Africa, the continent’s most developed economy, around 80% of African cropland is still cultivated by hand. Yields are half the global average. With its population set to double by 2050, increasing productivity is a necessity.

One of the biggest barriers to mechanization is finance; though agriculture accounts for around a quarter of Africa’s economic output and some 70% of jobs, banks often view farmers as high-risk because of the lack of credit histories.

“It’s one thing to go to a bank and say ‘You know. Hey, I work very hard.’ It’s another thing to be able to show it,” Kaumbutho said.

Deere said the data from the Hello Tractor platform shows how often equipment is in use, how much land it’s working, and whether it’s tilling, planting or harvesting. That information can be used to create financial statements, it added.

Tshepo Maeko, vice-president and head of agrisales at South African-based lender Absa, sees potential to unlock more lending in this kind of technology which gives banks a fuller picture.

Deere is working with Hello Tractor and the banks to format the data to create easily digestible automated reports. No loan decisions have yet been made based on the information.

But Antois van der Westhuizen, John Deere Financial’s managing director for sub-Saharan Africa, said that should be possible by the time the scheme is rolled out across Africa.

“The banking systems are trying to adapt,” he said. “It’s a journey for us to really get them to understand it.” 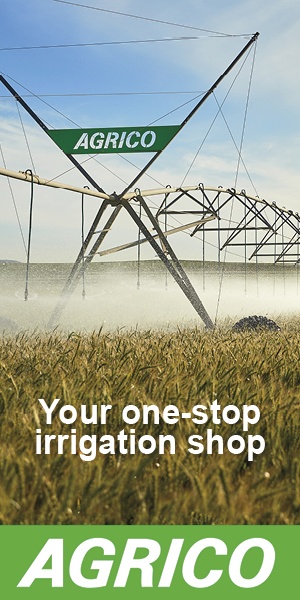 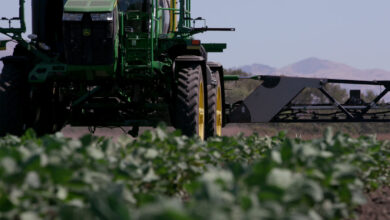 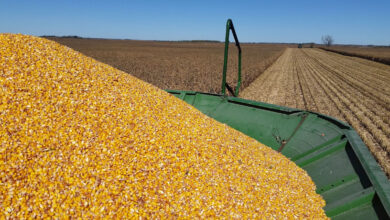 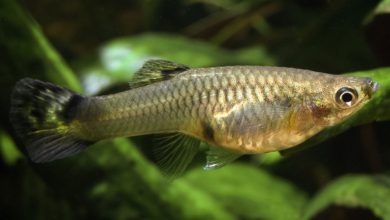 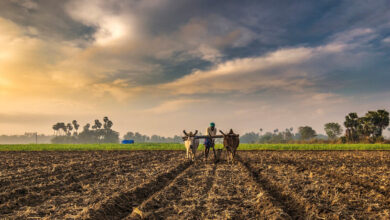 India to boost farm credit and infrastructure to spur output